The Nizamsagar Dam in Telangana reported a 60.47 percent loss in its gross capacity upto the last survey conducted in 1992 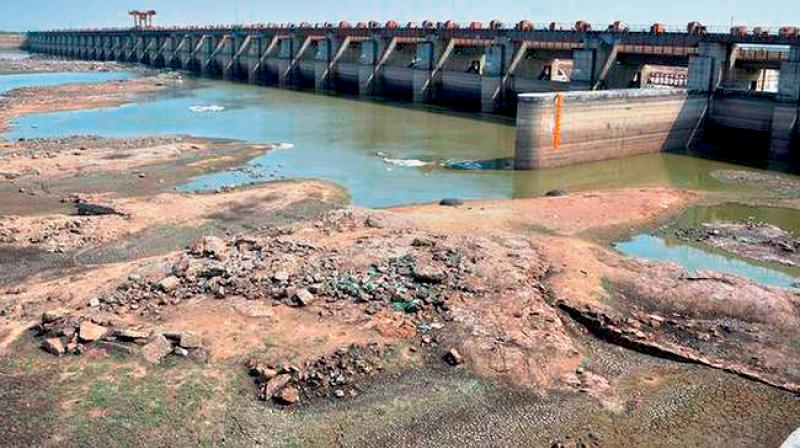 Experts say that the storage in these reservoirs, among others, is receding at a far faster rate than anticipated, resulting in dire consequences in the future (DC Image).

Hyderabad: Live storage capacity in dams across the country and the states of Telangana and Andhra Pradesh has taken a major hit, according to the Centre's report on 'Sedimentation of Reservoirs in India 2020'.

The report says that the major reservoirs in these states were in the list of reservoirs that have lost more than 50 per cent of its gross water holding capacity, dead storage and live capacity.

The Nizamsagar Dam in Telangana reported a 60.47 percent loss in its gross capacity upto the last survey conducted in 1992. The Nagarjuna Sagar Dam that was last surveyed in the year 2009, had recorded a 40.73% loss of dead storage. Whereas, Andhra's Vamsadhara Dam has had a 60.43 percent loss of live storage capacity, upto 2004.

As a result, experts say that the storage in these reservoirs, among others, is receding at a far faster rate than anticipated, resulting in dire consequences in the future. Several reservoirs may already be choked, given the data from surveys conducted decades ago for most dams, the report warns.

The Union Ministry of Jal Shakti in its report from August 2020 had said that India can currently store 257 billion cubic metres (BCM) of surface water in its reservoirs, and that the quantity of water held in reservoirs or live storage could be extended to a maximum of 385 BCM in the near future.

Telangana is now planning to create vegetative cover along the catchment area, and also looking into the option of artificial reservoirs, construction of check dams on small streams to arrest sedimentation as much as possible, said Sridhar Rao Deshpande, OSD to Chief Minister K Chandrashekhar Rao. "It is a big task to desilt these huge reservoirs. This issue is not just limited to India, but is a problem world over. However, the southern states of India are much more affected than the north, due to the Himalayan rivers there", he said. The way ahead to prevent these reservoirs from dying is only to work towards preventing further damage through sedimentation, he said.